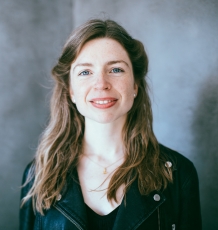 Sophie Rashbrook is a writer, librettist, opera dramaturg and surtitler, and a Fellow of the Guildhall School of Music and Drama from 2019-20, where she recently received a Distinction for the Operamakers MA. Her opera libretto, Grace, premiered at Milton Court Studio Theatre in July 2019, with music by Maeve McCarthy. Recent writing commissions include: a new Don Giovanni dialogue script for Garsington Opera’s Alvarez Young Artists; an Opera Dots workshop for young children at the Royal Opera House, Dramaturgy for a new Carmen dialogue at Welsh National Opera, directed by Jo Davies. Excerpts from her play, ‘Ralph’s Story’, inspired by the late set designer and Kindertransportee, Ralph Koltai, have been performed at the Linbury Theatre, Royal Opera House, the Royal Welsh College of Music and Drama, and The Other Room, Cardiff.

In May 2020, she was a Writing Companion to Guildhall singing students, for ‘Lifesongs’, a new devised performance created in lockdown, directed by Dinah Stabb and Jamie Bradley. She is currently on the selection panel and co-lead artist with Rob Fokkens for the Opera Pathway of Ty Cerdd’s CoDI Composer initiative, and is helping to develop the Royal College of Music’s ‘Writing About Music’ module, for which she has also delivered seminars.

Formerly Dramaturg at Welsh National Opera (2013-16), she holds a first-class degree in Russian and French, and an MPhil in Russian Studies, from Cambridge University. She speaks fluent French and Russian and spent a year playing the ‘cello at the St Petersburg Conservatoire.