What makes a good libretto?

As the BBC Comedy, Fleabag, continues its glorious, gold-digging rampage through the awards season, I’ve been pondering a discussion that unfolded on Twitter in the immediate aftermath of the second series. The word ‘operatic’ was used in relation to the devastating repartee of the opening episode, and one person even called for Fleabag: The Opera. But before we go down that path, let’s look at the word ‘operatic’ for a moment. What does it mean when applied to the context of Fleabag? Something melodramatic? Loud? Funny? Rude? A flawed heroine?

Let’s ignore, for now, Isobel Waller-Bridge’s excellent score, which expertly unpins and punctuates the viscious, quick-fire exchanges of Phoebe Waller-Bridge’s script. If we just look at the text, it is punchy, fast-flowing, and full of juicy subtext for the actors to get their teeth into: apt material for a libretto, one could argue.

I was struck by the fact that in the postscript of Fleabag: The Scriptures (i.e. the scripts!), writer Phoebe Waller-Bridge states that she wanted to write lines that offered the actors a chance to ‘make a decision’ about how they were going to perform them. That sounds like a generous approach for a writer to take, and, although, as writer and performer, PWB was able to control how Fleabag’s lines were delivered, it reminded me of something that the librettist, Emma Jenkins, once said to me. She said that writing opera text is ‘an exercise in letting go.’

As a librettist, you provide structure, character, and drama, yet, bizarrely, in a traditional, main-scale opera-making context, you are typically no more in control of the pitch or pace at which your words are set, than you are responsible for deciding who performs them. Sometimes, if you’re lucky, you know the cast you are writing for in advance, and can tailor your text to the strengths and talents of a performer, but this is by no means universal.

While I was writing my first opera libretto with Maeve McCarthy on the Guildhall Operamakers MA, Zoe Palmer (poet, writer, and all-round excellent human) mentioned that the poet Don Paterson resists writing libretti because there is an element of ‘relinquishing the music of your verse’.

I would argue that, rather than merely tolerating, or somehow ‘capitulating’ to the composer’s music, the libretto has to actively invite and provoke the composer to transform their words; to bend and stretch them, to imbue them with depth, emotion, and momentum.

I believe that opera’s unique power lies in the synergy of its component parts. When it all comes together, it is astonishing. But is it possible to encode that ‘synergy’ into a libretto, when so many aspects of the performance are added later in the process? If so, how?

One maxim that frequently surfaces in discussions about opera-making is the idea of ‘leaving space for the music.’ What does that mean? What is this mysterious entity, that is operatic ‘space’? And how can you lend integrity to your writing when it is, by its very nature, incomplete? 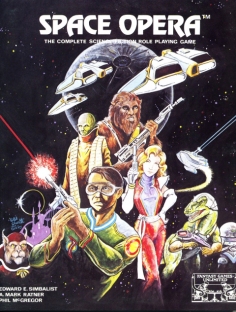 It ain’t just about the music, either. The text also has to leave space for everyone else to bring their artistry to the table: from designers, to orchestras, to directors, and last, not least, the performers. When you mesh all that together, sometimes, the result is that (gasp!) your text is not always audible. Sometimes, (gasp!), this doesn’t matter. But (gasp?) what does it mean to write text that is ‘operatic’? How can words be ‘operatically-inclined’, rather than just… holey…?

The librettist Stephen Plaice says that, when crafting a libretto, it’s helpful to imagine – and even sing – your own ‘Ghost-Opera’ over the top of your text. However, this practice should come with a warning: don’t get too attached to this version, because the Ghost Opera will inevitably be devoured by The Real (i.e. the composed + directed + designed + performed) Opera!

One pitfall of the artform – which in many ways, is also its apex – can come in the form of an over-reliance on aria/solo songs. Continuing the Fleabag analogy, these are the moments delivered ‘to camera’, i.e. ‘aria’-territory. In aria-land, time frequently (but not always) stands still, and a character confesses their deepest fears and emotions, soliloquy-style, to the audience. (Side note / Fleabag-esque side-eye: I’m not sure there’s been yet been an aria written about being f***ed up the a***, but perhaps I’m wrong…)

Aria is a powerful weapon in the operatic… er… arsenal, and one which has brought some of the most powerful, moving confessions of humanity on the opera stage. BUT, if there is too much serious aria-sermonising, we lose the drama, and get lost in a dream-like stasis, the dramatic equivalent of porridge. There’s ‘leaving space’, and then there’s getting lost in opera-aria-space…

One libretto-writing technique I’m currently experimenting with is a temporary ban on all aria-introspection (aria-ing? aerating? arialising?). That is, encouraging the characters to reveal themselves through action, reaction and dialogue, rather than confession, or reflection.

To do this, the text has to be direct, and easily audible – but again, a warning: if your words are too glib, they will sound ridiculous when sung in an operatic style, and the characters might come across as superficial. A dash of poetry can work: but too ornate, and it won’t be clear what’s going on… Or it will sound pretentious.

At which point, I throw up my hands melodramatically (operatically?), and go back to working on my novel: the polar opposite in terms of storytelling. In novel-land, I have complete and utter control over every aspect of the story. Or do I? (Cue spooky music…)

And then, I start to miss the creative conversations with collaborators, the complex negotiations of music, text, drama, and design, the creative equivalent of that dinner scene in Fleabag, and I find myself irresistibly drawn back into the vortex of operatic space…

Hot Priest as a countertenor, anyone?